Disputes Are Inevitable, What Are Your Options? 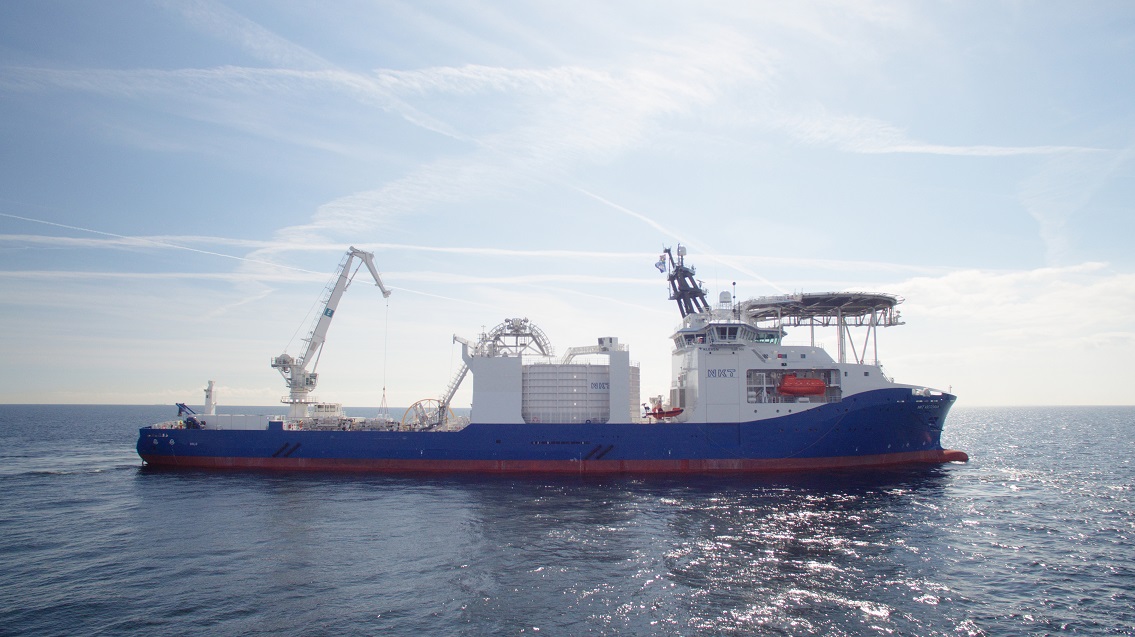 OGI Magazine sits down with Bernicia Marine Consultants Limited to discuss the evolving nature of mediation and dispute resolution in the offshore and oil & gas sectors. It’s important for readers to understand their options, when they land into disputes in their operations. We are especially discussing the increasingly important role of “ADR” or Alternative Dispute Resolution.

OGI: Could you start by explaining Bernicia Marine Consultants Ltd’s credentials and experience in terms of your products and services for the oil and gas sector? Could you tell our readers the breadth of your experience, how long the company has been active, and its reach?

Bernicia: Captain John Owen, who heads up Bernicia Marine is a CEDR accredited mediator and has a strong foundation in shipping and in particular the oil and gas environment; but also in chemical gases and ammonia which is now being considered as a fuel of the future.

John also has more than 30 years experience in marine insurance in both the property and liability (P&I) cover provided to traditional blue water merchant ships in worldwide trades.

water merchant ships in worldwide trades. Founded in 2015, Bernicia Marine are also active in the decommissioning, and, with many years of experience in marine salvage and wreck removal, brings a wealth of experience into oil and gas. As the energy sector transitions and limits the extraction of valuable earth’s resources to forms of renewable energy, it is evident that this requires huge investment and a significant amount of planning. This includes, repurposing, remediation or removal of offshore platforms and subsea structures. The tops of platforms are being removed and some consideration is being given to repurposing the jackets to carry wind turbines or high voltage interconnectors to bring the electrical energy generated by a wind farm back to land.

Each of these costly projects are ripe for disputes, and so a mechanism needs to be in place to ensure that the transition of the energy sector is not bound up by disputes and lengthy litigation – although it is perhaps inevitable that some matters will end up in the courts.

OGI: Could you explain what Alternative Dispute Resolution or “ADR” is and how it relates to the oil and gas sector?

Bernicia: Historically, mediation is referred to in the Bible and has been part of society in a great many cultures around the world with elders taking the role of a community mediator. In its modern form, mediation, early intervention and alternative dispute resolution (ADR) are but three of the more commonly used expressions to describe a process that is generally considered to fall outside the ambit of the courts or arbitration.

Since the 1990’s, ADR or mediation started to get some traction in business and in particular, the building and construction industry. This was because it was considered imperative that disputes and differences did not hold up long and complex projects and that a mechanism was needed to bring parties together in a consensual way to resolve their differences. During the late 1990’s the Woolf Reforms resulted in changes in the Civil Procedure Rules (CPR) used in the English Courts, and mediation was given greater prominence and a leg up in terms of its use in dispute resolution. These reforms resulted in significant efforts to reduce the increasing number and types of cases coming before the courts and the consequential delays in obtaining judgement. Over time, and as ADR evolved, the courts began to impose costs sanctions on those parties who refused to consider mediation as part of the judicial process, even if they won; which might leave a very hollow victory.

The courts have even considered the use of mediation in case management and have suggested that, even when proceedings have been issued to preserve the position, the engagement of a trained mediator is more likely to lead to an outcome satisfactory to both parties (in terms of speed, cost, resolution and future relationships) than the pursuit of litigation to trial. In Oliver v Symons [2012].

There are two main types of ADR in the commercial environment. Facilitative and evaluative. Facilitative is more common, although non-binding-evaluation is occasionally used to help provide disputants get a steer on how a court might see the merits of their case.

It is certainly fair to say that ADR does require active buy in from all parties to work towards consensus. It should not be overlooked that a case being presented before a court or in arbitration can only consider the history of events and the applicable law. Whereas, in the ADR world, much greater flexibility is possible, indeed it is actively encouraged and those in dispute are often urged to consider future relationships as part of concluding a deal. This makes it particularly relevant to the energy sector.

OGI: What are the types of situations where ADR is preferable to typical litigation processes, and why?

Bernicia: ADR is suited to almost all commercial disputes, save, perhaps, those which might impact significantly on a specific point of law or legal precedent.

In the energy sector, LOGIC and other established contracts have step clauses which deal with disputes in quite a structured way. High value contentious disputes are likely to escalate to board level quite quickly, but might still benefit from the intervention of a mediator and input from a neutral who might see the dispute through a different lens. This is not a cliché, and quite recently, boards of directors have taken to using senior business advisors and mediators to provide directors with a different perspective; or indeed if the Board or directors are themselves in dispute. Such intervention may provide a new perspective which might well result in giving the parties a nudge in the right direction; or the starting point for a different discussion about an old or new problem.

Given the challenges that are inevitable as the energy markets transition to renewables and the environmental debates – it is self evident that ADR has a place.

OGI: Could you talk a bit about the pilot program of meditation that the OGA is running?

Bernicia: While the UK OGA has a number of formal powers which can be used to resolve disputes, some matters could be better addressed by the parties themselves through mediation.

Although sometimes seen as a de facto mediation service themselves, the UK OGA would like to encourage parties to resolve the dispute by ADR, rather than a decision being handed down by a judge (or indeed the OGA). A mediation could be arranged in a relatively quick time period of perhaps a few weeks, otherwise the dispute could continue for many months (and even years).

In February 2000, and prior to the Covid crisis, the UK OGA announced a mediation pilot scheme, developed in collaboration with the Centre for Effective Dispute Resolution (CEDR) in London. That pilot was to be run for a year, but because of the unusual operating conditions caused by the Covid-19 pandemic, the pilot has now been extended until the end of April 2022.

It cannot be stressed enough that ADR is not about the mediator telling the parties what the outcome should be as might be the case with a Judge, or indeed the Regulator. Rather it is using the mediator as a third party neutral and puts the parties at the heart of the problem to help them find a commercial remedy.

So often each party argues each and every point before a Judge which may be seen as having value to their case. The significant difference in a mediation is that it is more about the listening and parties attempting to better understand a different perspective. This is quite different from legal counsel thrashing out pleadings on every point in court.

OGI: Can you talk about the importance of collaboration, and the difference you find in different sectors such as offshore, opposed to shipping and marine?

Bernicia: Mediation need not be seen as a position of weakness. To the contrary – it is now actively encouraged in all areas of business and is, in principle, no different offshore than it is in, say, traditional ocean shipping. As mentioned previously, if parties do not consider mediation, unless they feel they have a particularly good reason not to do so, the courts may penalise them with costs against them for not considering mediation, even if they win in court.

Much has, and will continue to be said about communication and collaboration in industry. Safety and compliance offshore makes this much more relevant. Collaboration and best practice in a well regulated industry is an absolute imperative because when things go wrong, they are inevitably very expensive and might have some significant environmental consequences. Competition is of course good for industry and brings innovation and low cost drivers to the sector. Much is being said across the industry and in the environmental lobby that repurposing of some oil and gas infrastructure needs to be given much greater priority. Carbon dioxide recovery, new hydrogen based fuels very much in its infancy with pressure on commercial shipping to commit to methanol, ammonia, LNG and even bio-fuels. Electricity and hydrogen fuel cells may be limited to some very limited short sea or ferry links. But collaboration is going to be fundamental to make any of this work and it cannot be ignored.

OGI: What does the future look like for ADR, in the oil and gas sector?

Bernicia: Based on experience, the UK OGA have identified that the majority of disputes had generally arisen due to entrenched licensee behaviours or communication breakdowns. They can be costly and time consuming for the companies involved, as well as threatening the delivery of Maximising Economic Recovery (MER). While recent market changes might have become more positive for some in the oil and gas sector, decommissioning is inevitable and needs to be paid for. So disparity and disputes will inevitably arise.

OGI: Thank you for your time.

If you would like to know more about how Bernicia Marine & Captain John Owen can help your company and its operations, please contact them at:

E-mail: This email address is being protected from spambots. You need JavaScript enabled to view it.