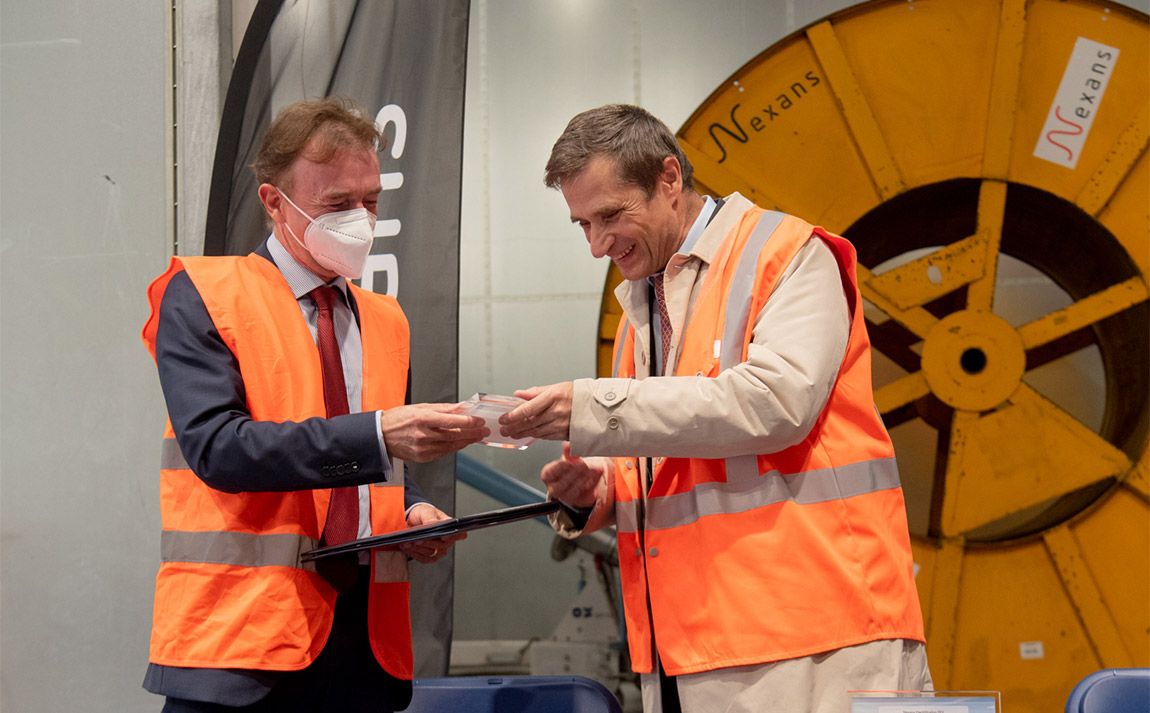 The European Investment Bank (EIB) has granted a €200 million loan facility to Nexans to accelerate its active role in the world’s energy transition and commitment to contribute to carbon neutrality by 2030. The EIB loan covers financing of R&D and new product developments, investments aiming at increasing digital plants and energy efficiency transformation as well as the expansion of Halden plant in Norway.

Electrification is a key step of the world’s energy transition and is gaining traction within the EIB as Europe is engaging in further decarbonation. Early February 2021, Nexans announced its ambition to add two new lines for high voltage DC export cables manufacturing at its Halden plant by 2024. These HVDC cables are a key enabler of the European energy transition as they are key component of building  interconnections between European countries to mitigate intermittence of energy from renewable sources.

Since 2020, Nexans has been working to accelerate its transformation into a data-driven company. The ongoing digitization of the Group's factories will further improve the efficiency of its production lines, paving the way for predictive maintenance and reducing carbon emissions. The EIB financing will support part of the planned associated investments, helping Nexans to meet its commitments to contribute to carbon neutrality by 2030.

Finally, the loan facility will enable Nexans to intensify R&D projects aiming to optimize cable performance and design, improve fire safety and enhance circular economy through the use of recycled materials and recycling. The financing will also scale up innovations from Nexans’ Cloud Digital Factory and Design Labs in the areas of digital services and connected solutions such as INFRABIRD™ and VIGISHIELD™ which are concrete examples of the Group’s transformation from products to systems and solutions.