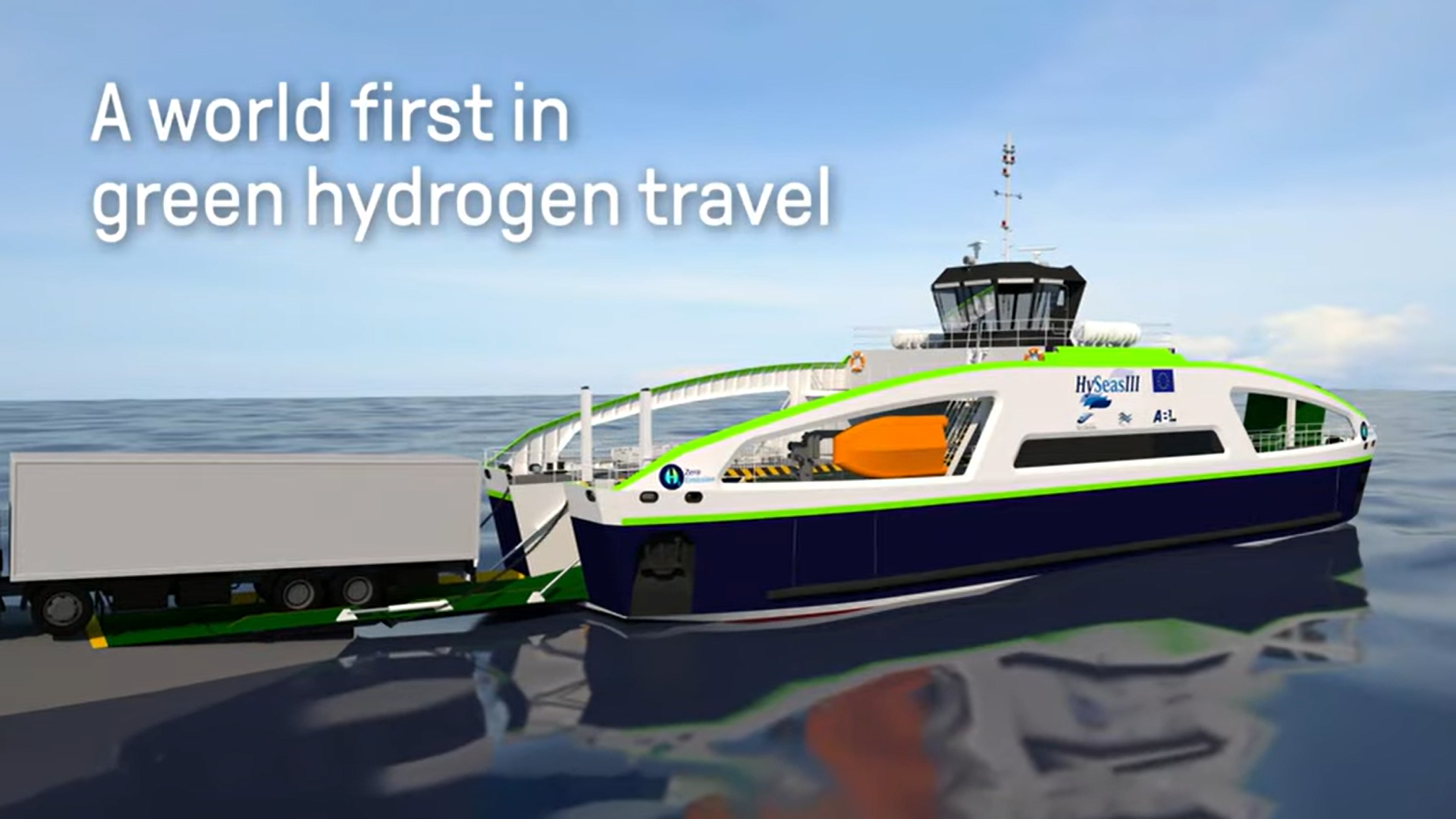 KONGSBERG has celebrated a world first by testing and verifying a full-scale, full-size, zero-emissions drivetrain powered by hydrogen fuel cells designed for ships and ferries. The project demonstrates that the technology is now mature for using hydrogen (H2) as an energy carrier.

The program is the third and final part of the EU funded project "HySeas" which has been running since 2013 to prepare and demonstrate a scalable hydrogen system for ships and ferries. KONGSBERG has been the technical lead of the project, which has involved participants from Scotland, Denmark, France, Germany, Sweden and England.

In this final stage, KONGSBERG has built a full-scale electric propulsion system based on hydrogen-powered fuel cells at Ågotnes outside Bergen. The system will now undertake a 4-month testing program for validation purposes with the aim of verifying the final design for an H2-powered RoPax ferry. The drivetrain testing is intended to demonstrate the ease with which H2 fuel cells can be successfully integrated with a proven marine hybrid electric drive system.

“The world looks to Norway for green and sustainable solutions at sea. What KONGSBERG and its partners have succeeded in achieving with this project is yet another proof of the internationally leading competence in the Norwegian maritime cluster. Now we have both taken the next step for solutions in Norway, and the next step for the Norwegian maritime industry to succeed in exporting hydrogen-based technology and solutions Internationally”. says Minister of Trade and Industry Jan Christian Vestre.

The testing mirrors the operational loads which would be experienced by a vessel on a route between Kirkwall and Shapinsay in Orkney. It will confirm safe operation and power and fuel capacity requirements, together with other valuable information to feed back to the vessel design team at Caledonian Maritime Assets Ltd (CMAL) in Scotland. CMAL plans to complete the design in March 2022. Hydrogen fuel will be generated through wind power at the ferry port.

“If we are to succeed with hydrogen investment in Norway, both to reduce national emissions and create new, green and sustainable jobs, we are dependent on being able to show complete pilots on a full scale. This means that the next step will be to show the technology in operation, and then quickly put in place the surrounding infrastructure. Orkney will be the first practical usage of this technology while the Norwegian maritime cluster has the opportunity develop our own pilots and projects here in Norway”, says Egil Haugsdal, President of Kongsberg Maritime.