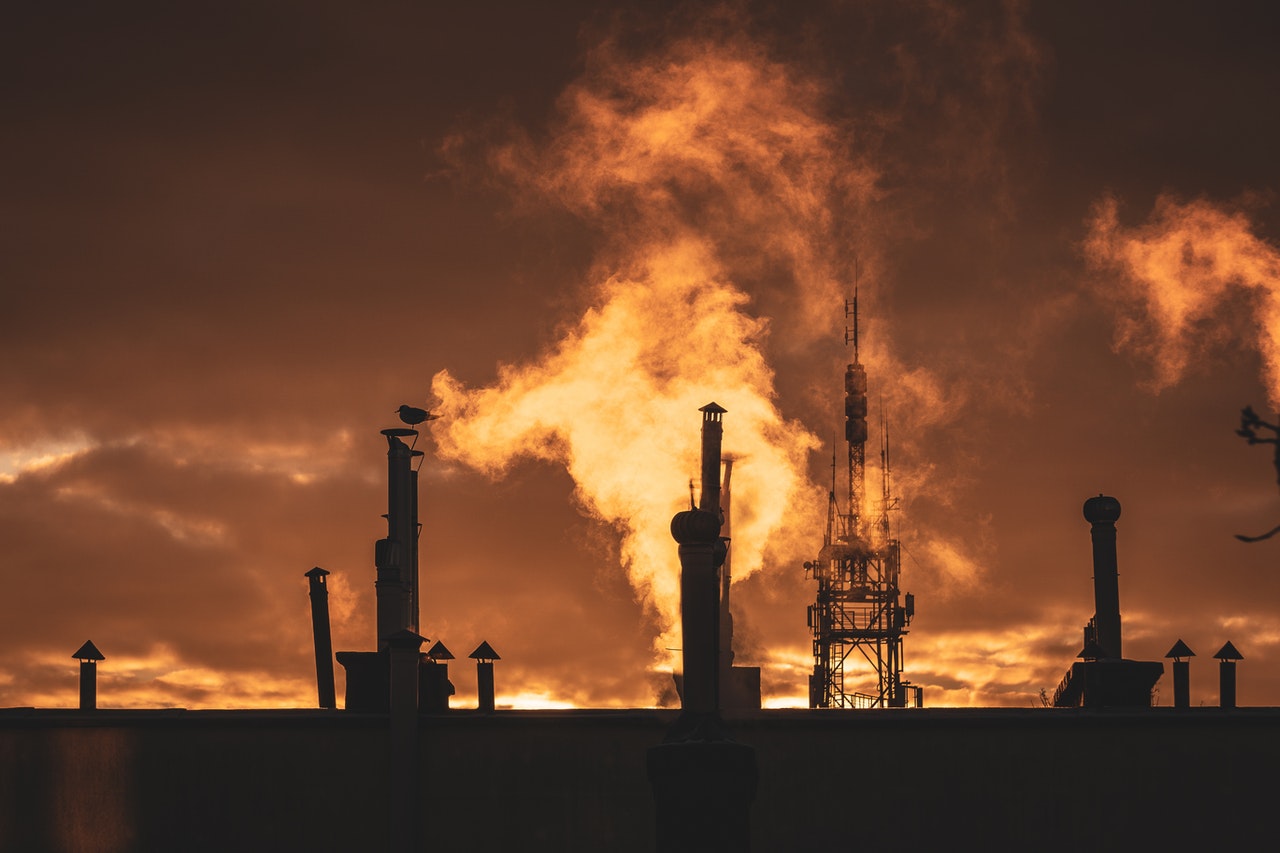 One year after its initial announcement, BASF has reaffirmed its ambitious climate targets. In an update for investors and financial analysts on its transformation roadmap BASF confirmed that by 2030 it aims to reduce its greenhouse gas emissions by 25 percent compared with 2018 and is maintaining its goal of net zero emissions globally by 2050. On its path to reducing global emissions to 16.4 million metric tons by 2030, BASF is publishing an annual CO2 emissions forecast for BASF Group as part of its outlook with a corridor of plus or minus 0.5 million metric tons.

“There is a brutal war raging in Europe with far-reaching consequences for both people and the economy. Nevertheless, we must not lose sight of the greatest global challenge of our time – climate change,” said Dr. Martin Brudermüller, Chairman of the Board of Executive Directors of BASF SE. “Across BASF, we are working intensively to implement a large number of projects to further reduce our CO2 emissions significantly and achieve our ambitious climate targets. By cooperating with suppliers of raw materials we are also taking steps to reduce our product-related emissions. In this way, we are driving forward our transformation and supporting customers in their efforts to reduce emissions in their product portfolios,” he added.

Renewable energy as a main driver of emission reduction

In 2021, BASF reduced CO2 emissions by around 3 percent compared with 2020 despite significantly higher production volumes. To a large extent this was due to the increased use of renewable energy. Switching power to renewable energy will be the main driver of emission reduction until 2025. In 2021, renewables accounted for 16 percent of BASF Group’s global power demand. By 2030, the company projects that 100 percent of its 2021 global power demand will be obtained from renewable sources.

To cover its demand for renewable energy, BASF is pursuing a make-and-buy strategy. This includes investing in own renewable power assets and purchasing green power from third parties. In 2021, BASF purchased a stake in Vattenfall’s wind farm Hollandse Kust Zuid (HKZ). Once fully operational, it will be the world’s largest offshore wind farm with a total installed capacity of 1.5 gigawatts. The project is expected to become fully operational in 2023. Furthermore, BASF has signed 25-year power purchase agreements (PPAs) with ENGIE and Ørsted for the supply of significant amounts of renewable electricity from wind and solar power in Europe. In the United States, BASF has concluded long-term supply contracts for wind and solar power for its Freeport and Pasadena sites. In China, BASF has signed agreements with suppliers for the purchase of renewable power for its new Verbund site in Zhanjiang.

At its Investor Update event, BASF provided an overview of the various measures the company is implementing at different sites to reach its corporate climate targets. Such measures largely depend on the specific local conditions at each site.

Currently, about 50 percent of the steam demand at the Ludwigshafen site is based on steam generation processes that produce CO2 emissions. A new approach here is to generate steam using electricity. BASF is working with Siemens Energy on a first project in the acetylene plant that uses heat pumps and vapor recompression to upgrade waste heat such that it can be used as steam for the steam grid of the site. The integration of this heat pump project will enable not only the production of around 60 metric tons of steam per hour but will also avoid around 160,000 metric tons of CO2 emissions per year and reduce the annual consumption of cooling water by more than 20 million cubic meters. The planned start-up for the use of this technology is in the second quarter of 2024. The project also serves to collect day-to-day operational experience and to simplify the rollout to other sites in the future.

Another project pursued at the Ludwigshafen site is the development of an electrically heated steam cracker furnace. Currently, cracker furnaces are heated with gas and produce about 1 metric ton of CO2 per metric ton of olefin. BASF has signed an agreement with SABIC and Linde to develop and pilot electrically heated steam cracker furnaces. The project for a multi-megawatt pilot plant in Ludwigshafen is progressing as planned and is on track to start up in 2023 subject to a positive public funding decision. For the CO2-free production of hydrogen, BASF is developing new processes such as methane pyrolysis.

BASF’s Verbund site in Antwerp is the largest chemical production site in Belgium and BASF’s second largest Verbund site after Ludwigshafen. BASF aspires to reduce emissions at the site from 3.8 million metric tons in 2021 to close to net zero by 2030. This could become possible by importing green power from offshore wind parks in combination with the deployment of new, low-emission technologies and a planned large-scale CCS project in the port of Antwerp. If this aspiration is realized, the Antwerp site could become the first petrochemical site to approach net zero in 2030. Given the short time period involved, these efforts constitute a challenge, and support is needed from politics in setting the right framework conditions.

Zhanjiang: Planned as a frontrunner in sustainability from the outset

Zhanjiang is to become BASF’s third largest Verbund site. An advanced Verbund concept and the use of renewable energy will play the key role in significantly lowering the site’s CO2 emissions compared to a gas-powered petrochemical site. Replacing fossil-fuel energy by electricity from renewable sources is a main lever.

A few days ago, BASF signed a second framework agreement over 25 years with the State Power Investment Corporation Limited (SPIC) under the new renewable energy trading rules in Guangdong province, China, to purchase the renewable electricity supply for the next phases of the Zhanjiang Verbund site in Guangdong province. This agreement is the largest volume and longest green electricity purchase framework agreement that has been signed in China. Supported by this deal and the partnerships with other energy suppliers, BASF is further accelerating its plan to power the entire Zhanjiang Verbund site with renewable electricity and targets to achieve 100 percent by 2025 – earlier than originally planned. With the use of renewable electricity, BASF is a frontrunner in the process industry in China.

Schwarzheide: Prototype for the transformation at mid-sized sites

In February 2022, BASF Schwarzheide GmbH and enviaM established a joint venture for a solar park which has an expected electricity production of 25 gigawatt hours per year, about 10 percent of the site’s current annual electricity demand. It will be the first major solar power plant in which BASF is directly involved. The solar power can be used for the production of battery materials for electromobility, which will be produced in Schwarzheide from the end of 2022. The modernization of the site’s own combined gas and steam turbine power plant is almost complete. Once it is started up later in 2022, it will produce 10 percent more electricity with 16 percent lower CO2 emissions thanks to higher fuel efficiency.

“BASF is making significant progress on its path to achieving its emission reduction targets. And we are ready for the next step – achieving sustainable growth through products with reduced carbon footprints,” Brudermüller said. By using green power, low-carbon steam, bio-based feedstocks and highly efficient processes BASF is able to offer its customers net-zero products and products with a low product carbon footprint (PCF). The company expects that demand for such products will exceed supply in the medium term and that their market value will more than compensate for the higher production costs. BASF believes that end consumers will drive the transformation towards net-zero and low-PCF consumer products since they are increasingly requesting alternatives to conventional consumer products and want to make a personal contribution to reducing emissions. BASF therefore aims to be among the first companies to provide large volumes of as many products as possible with reduced carbon footprints.

Many of BASF’s customers are eager to reduce the carbon footprint of their products to reach their own emission goals. For this, a new level of transparency is required. BASF has thus developed an in-house digital solution to calculate the PCFs for approximately 45,000 sales products. In this tool, BASF currently has to use industrial averages and values from commercial databases as the basis to include upstream Scope 3 emissions. In order to create more transparency on Scope 3 emissions, BASF is intensively working with suppliers to improve the data for the raw materials it purchases from them. BASF supports suppliers by sharing knowledge of evaluation and calculation methods. In this way, the company is contributing to the standardization of PCF calculations.

During the period from 2021 to 2025, BASF continues to expect that capital expenditures of less than €1 billion will be needed to develop the low-emission technologies and scale them up in pilot plants. This amount is included in BASF’s capex budget. For some projects, public funding has been granted already, for others a decision is expected shortly. In the 5-year period from 2026 to 2030 capital expenditures are expected to increase to around €2 billion to €3 billion. In this timeframe, BASF plans to bring the first new Carbon Management technologies to scale and accelerate the switch to renewable power. Significantly higher investments are then to be expected for the construction of world-scale production plants using the new technologies, and to further scale up the use of renewable energy after 2030.